What books should an aspiring journalist read? Here’s our list.

News Decoder’s correspondents have covered the world’s biggest stories over decades. Here are books they suggest would-be journalists should read. 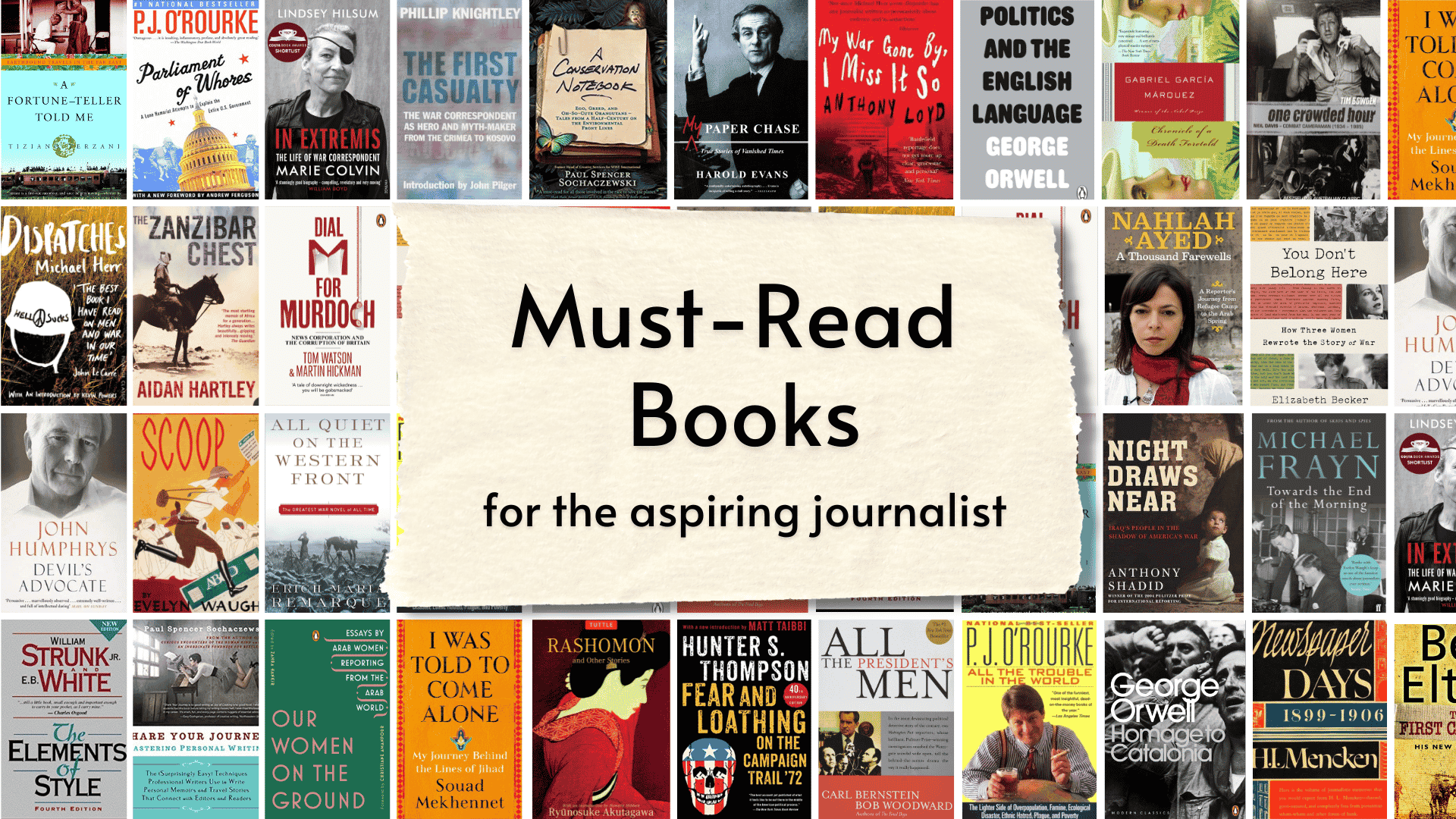 “Books to read for aspiring journalists”

I was looking for publications that would help me, as well as students at News Decoder partner schools, become better writers and learn about the news industry. So I turned to Google.

The search results came fast and furious, but I was underwhelmed. The search pointed me to long listicles, without explaining why particular works were selected, and they were geographically limited in scope.

So I did what I could have done at the start and turned to News Decoder’s correspondents — seasoned foreign correspondents with more than a millennium of combined experience covering some of the world’s biggest news stories.

Here are works that they recommended and which helped them develop the skills, knowledge, perspective and, let’s be honest, scepticism that are hallmarks of excellent journalists. 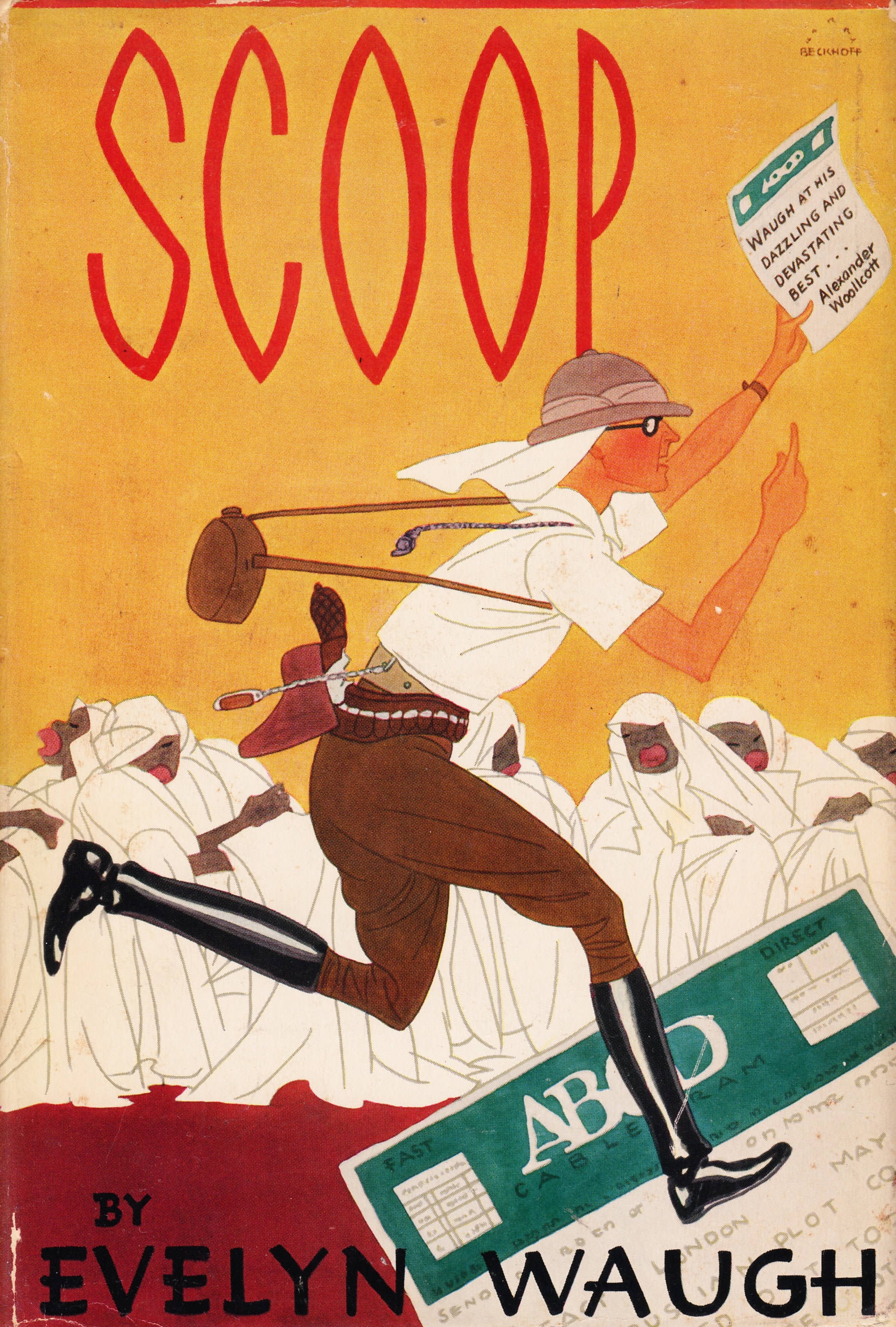 “Evelyn Waugh’s satire of British tabloid journalism ‘Scoop’ has never been bettered in my opinion,” said Robert Holloway, who worked as a journalist and editor at Agence France-Presse before becoming director of the AFP Foundation.

The protagonist in Waugh’s classic, William Boot, is mistaken for a renowned novelist and dispatched to cover a civil war in Africa. But when there is no trace of revolt, he is exposed to the cutthroat realm of British tabloids and their seemingly detached attitude toward ethics, facts and truths.

2. “In Extremis: The Life of War Correspondent Marie Colvin” by Lindsey Hilsum (2018)

Alistair Lyon, who has spent decades covering the Middle East, North Africa and South Asia, recommended this biography of the late war correspondent Marie Colvin, saying the volume by Lindsey Hilsum “explores the often tortured motives of one of the most intrepid reporters of her generation.”

Hilsum won the Sunday Times Book of the Year award for his biography capturing Colvin’s passion for journalism, her trademark eyepatch and her bravery as a war correspondent in the face of danger.

Lyon, who headed Reuters bureaus in Jordan, Turkey, Pakistan/Afghanistan and Egypt/Sudan, also recommended “Night Draws Near” by Anthony Shadid (2003), “They Told Me to Come Alone” by Souad Mekhennet (2017), “A Thousand Farewells by Nahlah Ayad (1976) and Our Women on the Ground, ed. Zahra Hankir (2019). 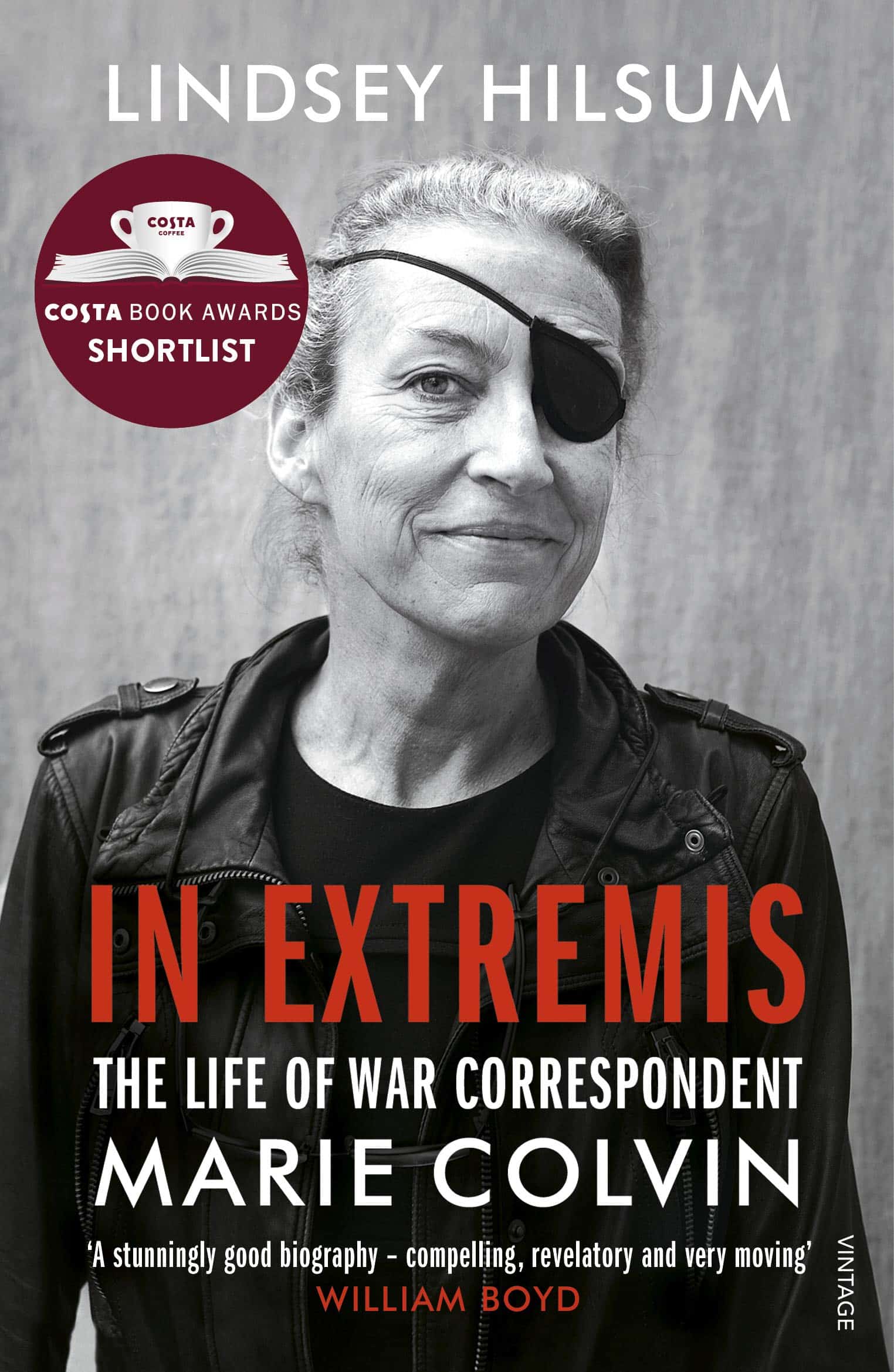 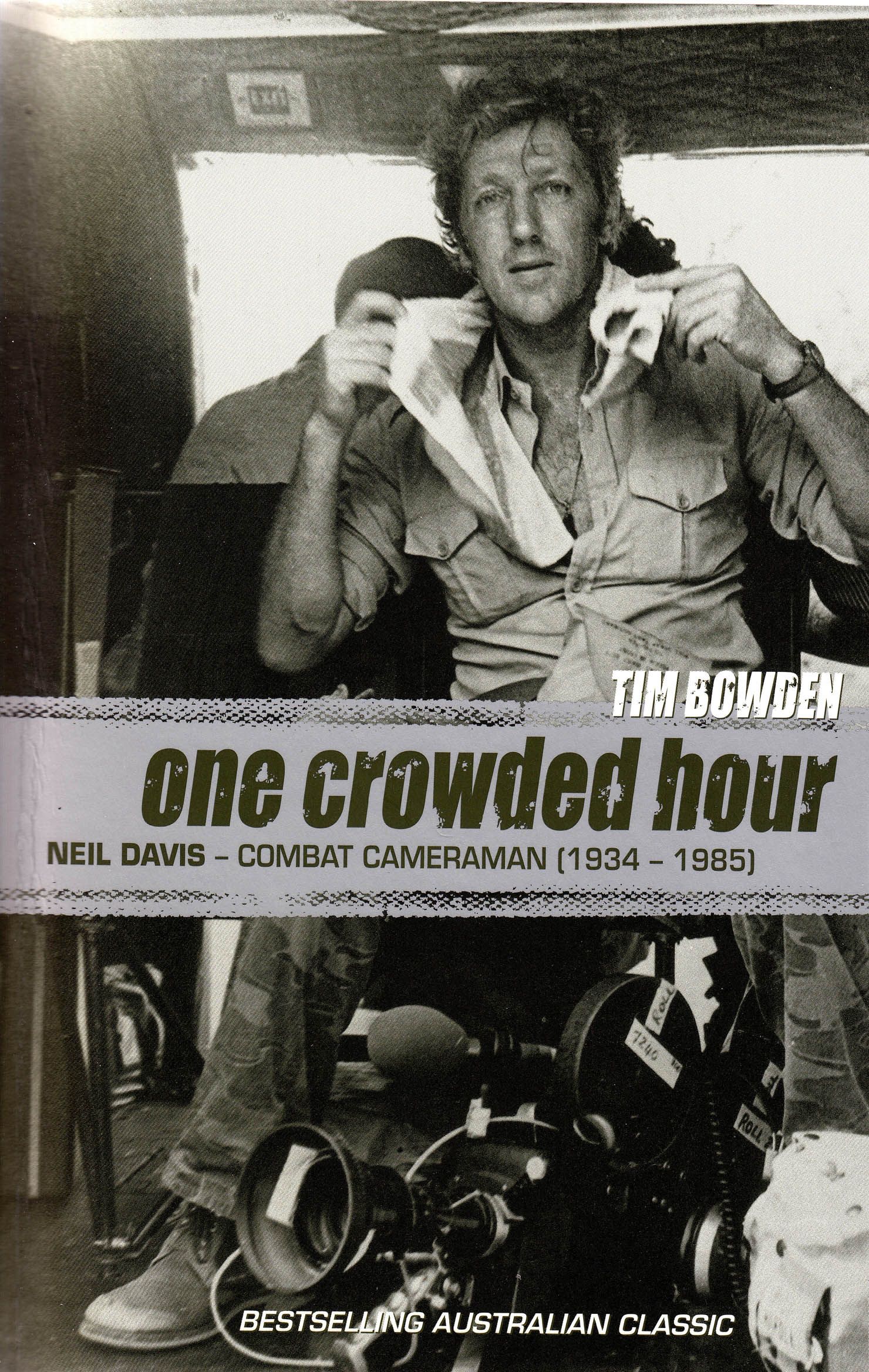 Robert Hart said Bowden’s book about Neil Davis, a Australian news cameraman, contains “a plethora of lessons for journalists past, present and future.”

A best-selling biography of one of the world’s great combat cameramen, “One Crowded Hour” showcases images that Davis captured of the horror of modern warfare and which he brought to the world’s television screens.

Hart was a correspondent and regional editor for Reuters for more than 35 years, serving as Asian News Editor based in Singapore and Latin America Editor based in Buenos Aires. You can read his story about his assignment to cover the Vietnam War in 1966 and 1967 here.

Three quarters of a century after it was published, Orwell’s work remains remarkably pertinent.

Womack knows a thing or two about the official distortion of language. A specialist on former Communist countries, between 1985 and 2015 she reported from Moscow for Reuters, The Independent, The Times and the Fairfax newspapers of Australia. 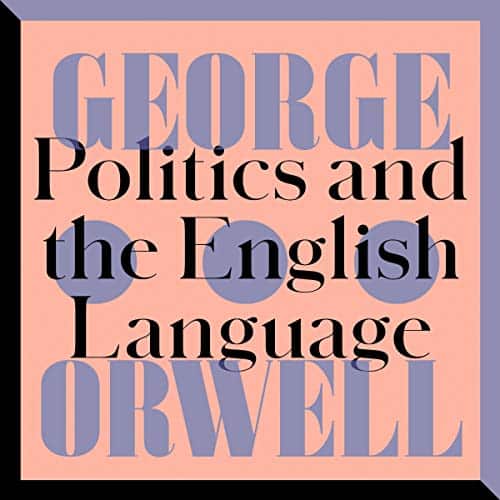 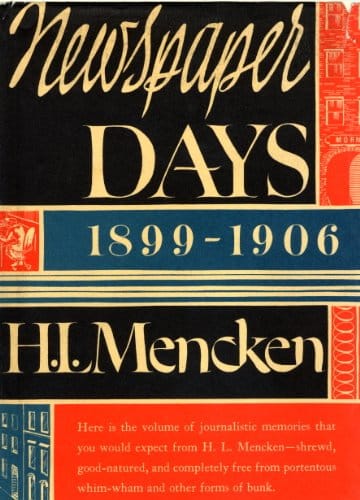 Jonathan Thatcher called these works by Mencken and Terzani “reminders that amid our earnestness there is also room for wit and whimsy in journalism.”

With the biting sarcasm that was his trademark, Mencken recalls his years as a young reporter from 1899 to 1906. Terzani recounts his travel across Asia by foot, boat, bus, car and train after a fortune teller in Hong Kong advised him not to risk flying for a full year. Along the way, he seeks advice from soothsayers, sorcerers and shamans.

“In recognition of the Soviet joke that it is history which is unpredictable (and the current vogue among some politicians to factualise fiction),” Thatcher, a former Reuters bureau chief in Indonesia, South Korea and Russia, also recommended “A Chronicle of a Death Foretold” by Gabriel Garcia Marquez (1981) and “Rashomon” by Ryunosuke Akutagawa (1915) as “helpful explainers of how memory and reporting can work in disharmony.” 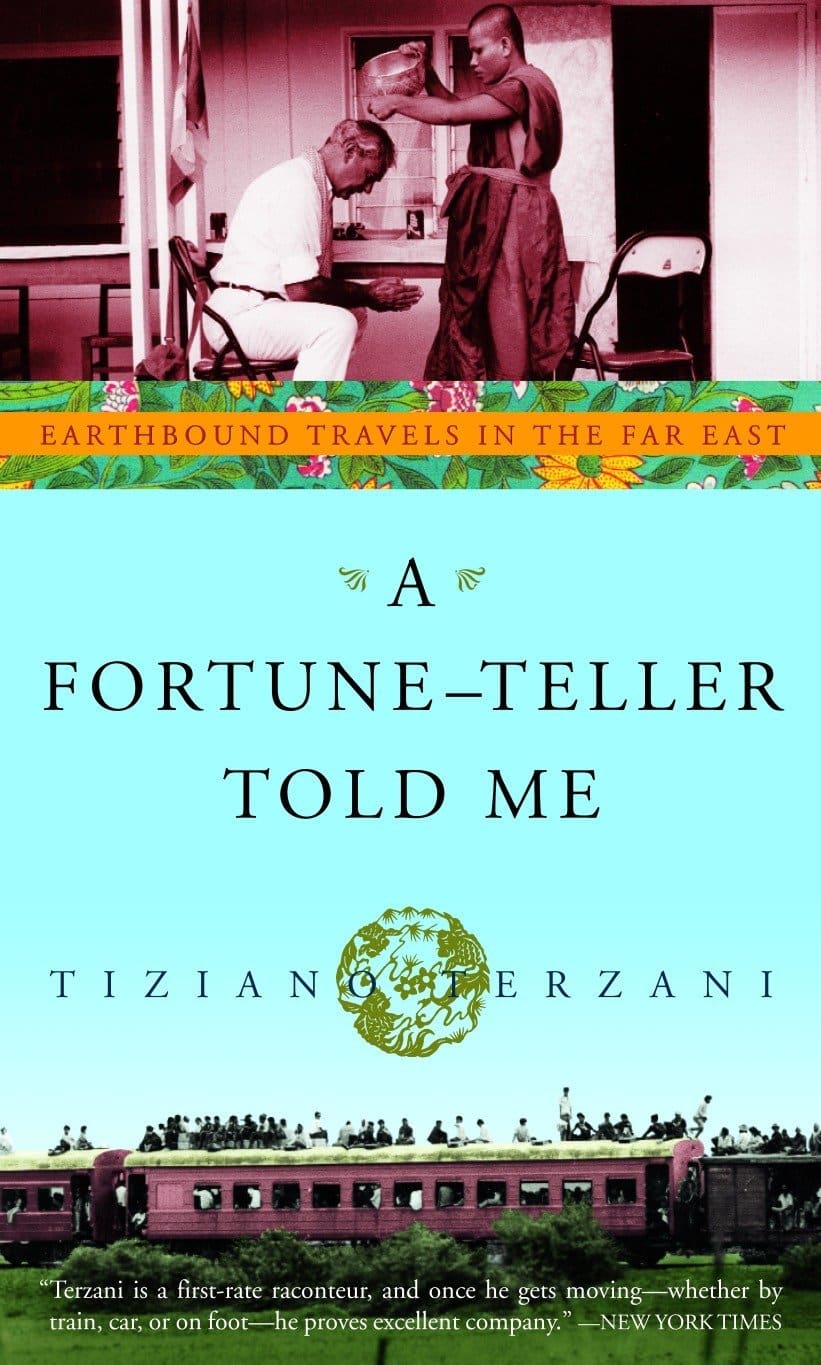 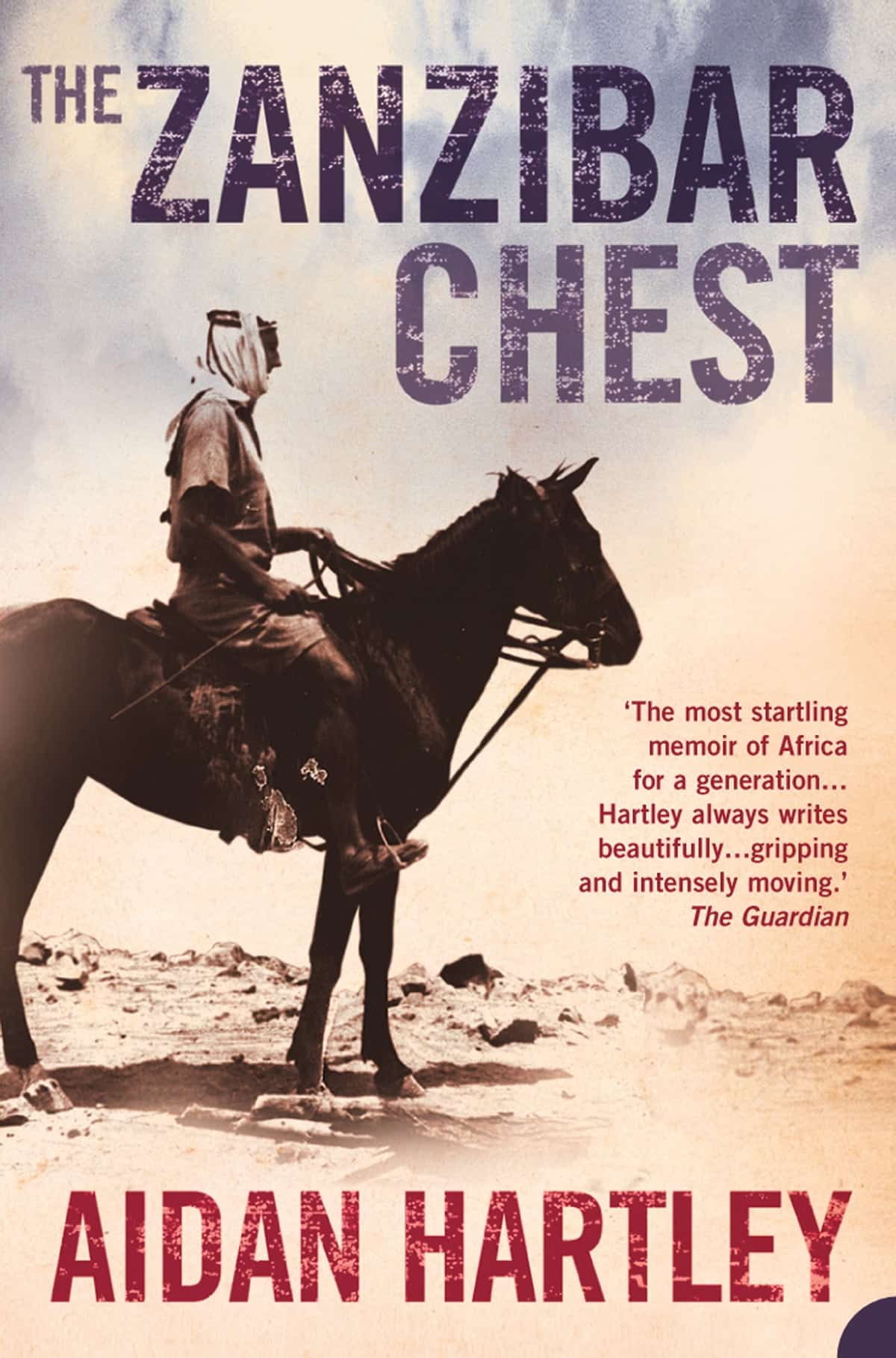 Recommended by Stuart Grudgings, Hartley’s memoir examines his work as a reporter covering violence in Somalia, Uganda and Rwanda. After returning home, Hartley explores the contents of the Zanzibar chest his father had passed on to him. What he finds takes him on a journey through his family’s 150-year-old colonial legacy in Africa.

During his 19-year career, Grudgings reported from dozens of countries and contributed to a Pulitzer Prize-winning series of stories on the plight of Myanmar’s Rohingya Muslims.

Grudgings also recommended “My War Gone By, I Miss It So” by Anthony Lloyd (1999).

“For those who think of covering conflict, ‘Dispatches’ by Michael Herr is a good read,” said Bernd Debusmann, who as a correspondent for Reuters saw his share of conflict and was shot twice while reporting from the Middle East.

Herr shares his traumatic experience covering the Vietnam War for Esquire magazine. Upon returning home to America, he suffers post-traumatic stress and a nervous breakdown that interrupted his writing for five years. Herr’s book broke new ground by portraying the experiences of U.S. soldiers in Vietnam.

For those interested in war and history, Debusmann recommended “All Quiet on the Western Front” by Erich Maria Remarque (1928). 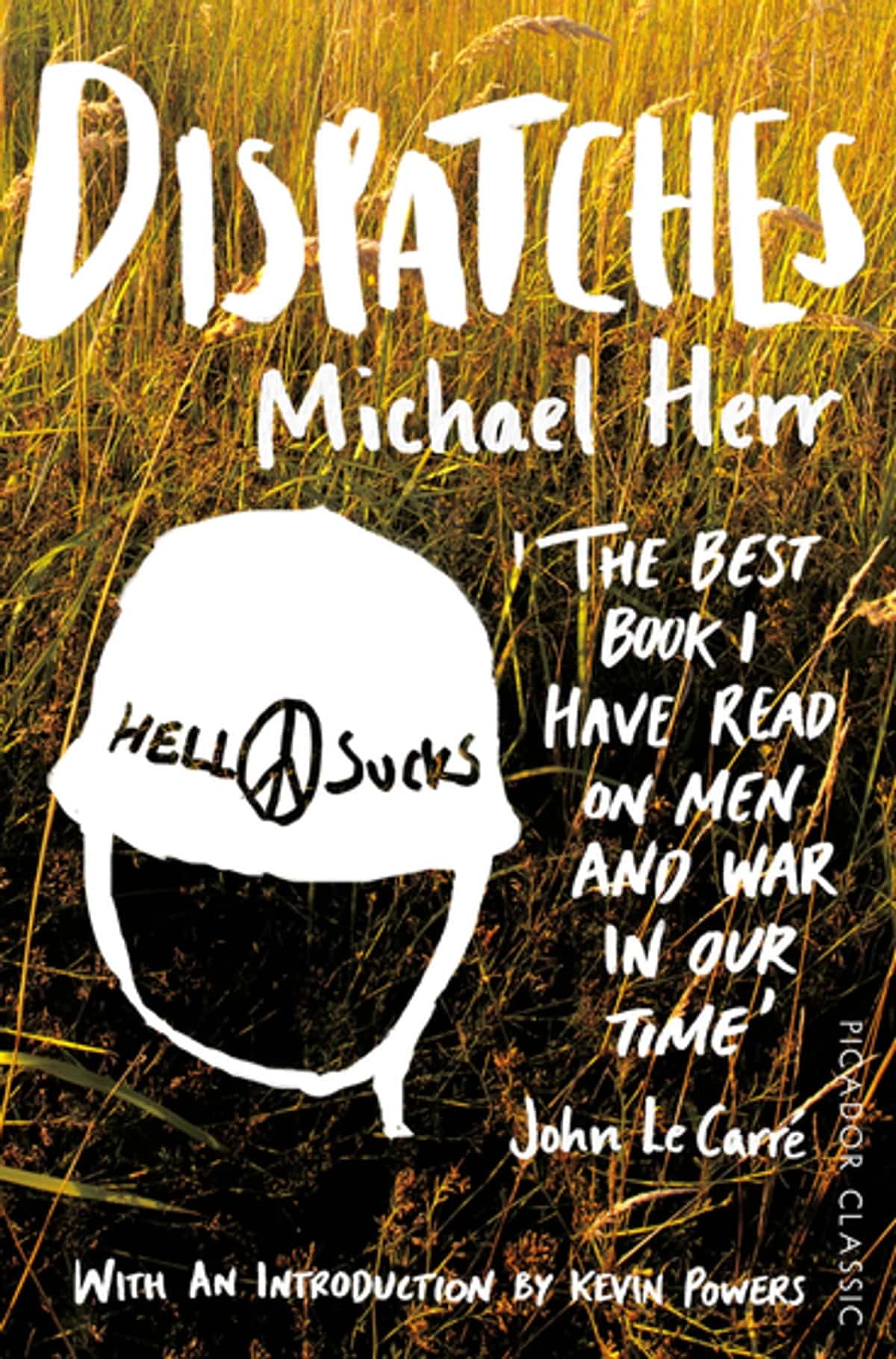 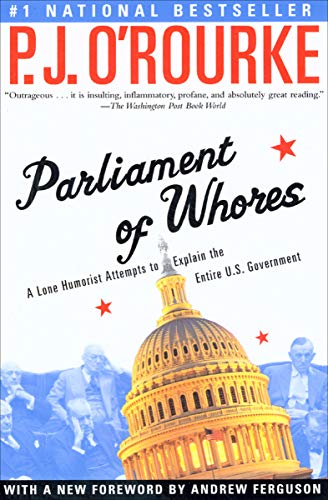 Bryson Hull, who spent 17 years covering politics, business and wars in Africa, Asia and the Middle East, said O’Rourke’s two books demonstrate “the power of his talent of using a different lens/perspective to get to proper insight, all while having fun and not taking himself or anything too seriously. Both are useful skills and mindsets for young journalists to cultivate.”

A bestseller, “Parliament of Whores” is, in Hull’s words, “a must for its masterful skewering of American politicians.” Originally written following the presidency of Ronald Reagan, a new edition has been published with a forward  that argues that while the names and the players have changed, the U.S. political game remains largely the same.

Hull also recommended Hunter S. Thomson’s “Fear and Loathing on the Campaign Trail ’72” (1973) as “real journalism and incisive in exposing how the pack in Washington worked — and still works.” 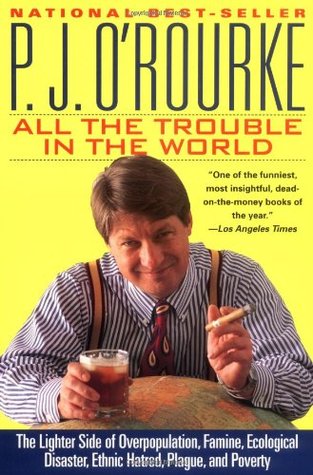 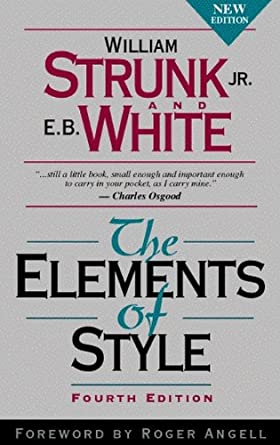 Both Gene Gibbons and Maggie Fox recommended this classic writing style guide. “I occasionally buy batches of ‘The Elements of Style’ and give them to younger reporters on my teams,” said Fox, who has been reporting on health and science for more than 20 years.

Gibbons, who covered six U.S. presidents while a White House correspondent, recommended that any aspiring journalist should read every history book they can lay their hands on. “My biggest complaint about reportage today (aside from the fact that TV and cable news ain’t journalism) is that it way too often lacks perspective,” Gibbons said.

Fox also recommended Elizabeth Becker’s “You Don’t Belong Here” (2021), winner of the 2022 Goldsmith Book Prize for its impact on the barriers to female journalists covering war.

Julian Nundy said Knightley’s book “recounts how governments control and twist the narrative in times of war. It was first published in the 1970s but was updated a couple of times, the last to include the 2003 invasion of Iraq.”

In 1917, U.S. Senator Hiram Johnson said, “The first casualty when war comes is truth.” Knightley set out to show how accurate Johnson was. Writing about wars in Crimea, Vietnam, the Falklands, the Gulf, Serbia and Afghanistan, Knightley pulls back the curtain on embedded reporters, patriotic reporting and government control.

As a correspondent and editor for Reuters, Newsweek, the International Herald Tribune, The Independent and Bloomberg, Nundy covered the 1982 Israeli invasion of Lebanon, the assassination of Egypt’s Anwar Sadat, the conflict in Bosnia and Ukraine’s Orange Revolution. 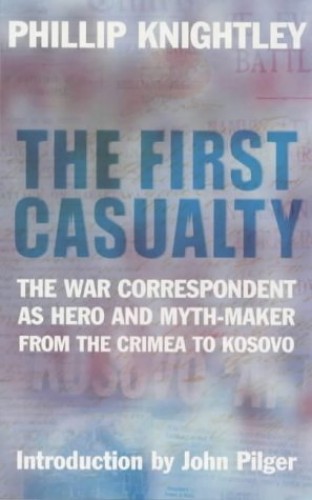 “Anyone Here Been Raped and Speaks English” by Edward Behr (1978)

“Dial M for Murdoch” by Tom Watson and Martin Hickman (2012) 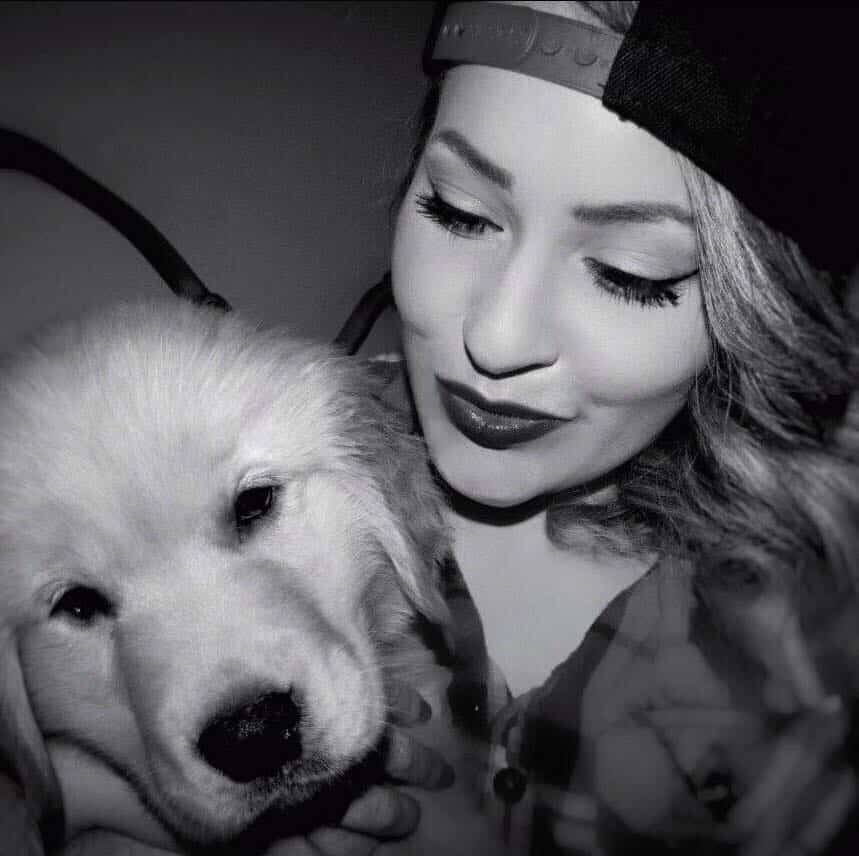 Jessica Strickland in News Decoder’s Program and Communications Intern. A Canadian national, Strickland has worked in communications for the last eight years. Currently a resident of Paris, she is studying for a master’s in Global Communications from the American University in Paris.