OPINION COLUMN – The Chauffeurs of Madrid

OPINION COLUMN – The Chauffeurs of Madrid

We had a lot of different chauffeurs in Madrid. The first one was named Tomas, was 4 feet 11 inches high and looked like a particularly unattractive, very mature dwarf out of Velasquez put into a suit of blue Opinion Column dungarees. He had several front teeth missing and seethed with patriotic sentiments. He also loved Scotch whisky.

We drove up from Valencia with Tomas and, as he sighted Madrid rising like a great white fortress across the plain from Alcala de Henares, Tomas said, through missing teeth: 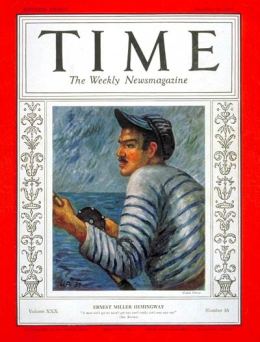 “Long live Madrid, the capital of my soul!”

“And of my heart,” I said, having had a couple myself. It had been a long, cold ride.

“Hurray!” shouted Tomas and abandoned the wheel temporarily in order to clap me on the back. We just missed a lorry full of troops and a staff car.

“I am a man of sentiment,” said Tomas.

“Of the noblest sentiment,” said Tomas.

“No doubt of it, comrade,” I said, “but just try to watch where you are driving.”

“You can place all confidence in me,” said Tomas.

But the next day we were stalled on a muddy road up near Brihuega by a tank which had lurched around a little too far on a hairpin bend and held up six other tanks behind it. Opinion Column Three Rebel planes sighted the tanks and decided to bomb them. The bombs hit the wet hillside above us, lifting mud geysers in sudden, clustered, bumping shocks.

Next morning Tomas couldn’t get the car to start. And every day when anything of that sort happened from then on, no matter how well the car had run coming home at night, Tomas never could start her in the morning.

The way he felt about the front became sort of pitiful, finally, along with his size, his patriotism and his general inefficiency, and we sent him back to Valencia with a note to the Press Department thanking them for Tomas, a man of the noblest sentiments and the finest intentions; but could they send us something just a little braver?

So they sent one with a note certifying him as the bravest chauffeur in the whole department. I don’t know what his name was, because I never saw him. Sid Franklin (the Brooklyn bullfighter), who bought us our food, cooked breakfasts, typed articles, wangled petrol, wangled cars, wrangled chauffeurs and covered Madrid and all its gossip like a human https://insideopinions.com/george-stephanopoulos-and-the-new-journalism/ Dictaphone, evidently instructed this chauffeur very strongly.

Sid put forty liters of petrol in the car, and petrol was the correspondents’ main problem, being harder to obtain than Chanel’s and Molyneux’s perfumes or Bols gin. He took the chauffeur’s name and address and told him to hold himself ready to roll whenever he was called. We were expecting an attack.

The chauffeur was to check in at the hotel the next night at 7:30 to see if there were any new orders. He didn’t come and we called up his rooming house. He had left that same morning for Valencia with the car and the forty liters of petrol. He is in jail in Valencia now. I hope he likes it.

Then we got David. David was an Anarchist boy from a little town near Toledo. Being with David has changed my whole conception of profanity. He was absolutely brave, and he had only one real defect as a chauffeur: he couldn’t drive a car. He was like a horse which has only two gaits—walking and running away.

David could sneak along in second speed and hit practically no one in the streets, due to his clearing a swathe ahead of him with his vocabulary. He could also drive with the car wide open, hanging to the wheel, in a sort of fatalism that was, however, never tinged with despair. We solved the problem by driving David ourselves.

The only thing that developed in David was his vocabulary. He went off to the village where the motion-picture outfit was making a film.

After having one more particularly useless chauffeur that there is no point in going into, we got Hipolito. Hipolito is the point of this story.

Hipolito was not much taller than Tomas, but he looked carved out of a granite block. He walked with a roll, putting his feet down flat at each stride; and he had an automatic pistol so big it came halfway down his leg. He always said, “Salud” with a rising inflection, as though it were something you said to hounds—good hounds that knew their business. He knew motors, he could drive; and if you told him to show up at 6 a.m. he was there ten minutes before the hour. He had fought at the taking of Montana Barracks in the first days of the war, and he had never been a member of any political party. He was a trade union man for the last twenty years in the Socialist union, the U.G.T. He said, when I asked him what he believed in, that he believed in the republic.

He was our chauffeur in Madrid and at the front during a nineteen-day bombardment of the capital that was almost too bad to write anything about. All the time he was as solid as the rock he looked to be cut from, as sound as a good bell and as regular and accurate as a railway man’s watch.

He made you realize why Franco [Insurgent General Francisco Franco] never took Madrid when he had the chance. Hipolito and the others like him would have fought from street to street and house to house as long as any one of them was left alive, and the last ones left would have burned the town. They are tough and they are efficient.

On the day we had over three hundred shells come into Madrid, so the main streets were a glass-strewn, brick-dust-powdered, smoking shambles, Hipolito had the car parked in the lee of a building in a narrow street beside the hotel. It looked like a good safe place, and after he had sat around the room while I was working until he was thoroughly bored, he said he’d go down and sit in the car. He hadn’t been gone ten minutes when a six-inch shell hit the hotel just at the junction of the main floor and the sidewalk. It went deep in out of sight and didn’t explode. If it had burst, there would not have been enough left of Hipolito and the car to take a picture of. They were about fifteen feet away from where the shell hit. I looked out of the window, saw he was all right, and then went downstairs.

“How are you?” I was fairly average breathless.

“Put the car farther down the street.”

“Don’t be foolish,” he said. “Another one wouldn’t drop there in a thousand years. Besides, it didn’t explode.”

“Put it farther along the street.”

“What’s the matter with you?” he asked. “You getting windy?”

I tried to give him some money when I left Madrid.

“I don’t want anything from you,” he said.

You can bet on Franco, or Mussolini, or Hitler, if you want; but my money goes on Hipolito.